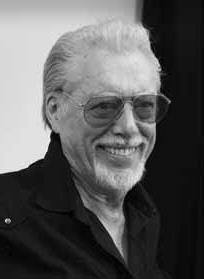 A question which has again reared its controversial head for about the ten millionth time is plaguing all who either dance or avoid dancing the Whisk, i.e. does the lady release the toe at the end of the first step of the Whisk? Our esteemed examiners who have addressed this question have, in their infinite wisdom, described the action in a most satisfactory way. Clearly, this is a subject with which they are familiar and have dealt with many times.

The real problem in describing this figure lies in the methodology and application of terminology. Allow me, if you will, to share an experience of half a century ago. As a young man studying for the Associate Ballroom degree in Alex Moore’s studio under the tutelage of the world’s greatest technician, the legendary Guy Howard (Guy wrote The Revised Technique, Alex was the publisher). I found myself asking the proverbial question regarding the Whisk.

I learned a valuable lesson that day which has permitted me to enlighten many with regard to how we speak of technical distinctions in the appropriate language of “The Revised Technique.” Invariably, the fallacies and controversy that show up are not a result of an inability to dance the figure correctly, but are in fact due to a lack of understanding of the “Event Sequence Terminology.” As Guy Howard so aptly put it, “After you have engaged in a single step as per the description governed by each heading, i.e. Footwork, Alignment, Rise and Fall, etc, you do not go on talking about it if the ‘next’ step is now in a position to be discussed!”

This is the essence of the whole problem. It is a matter of communication and is governed by one’s understanding or failure to understand the principles of “Event Sequence Terminology.”

Details of this principle are as follows: Footwork of the first step of the Whisk as lady, as everyone knows and is stated clearly in the book–toe heel. This clearly implies that the toe is released at the completion of that step. However!
Various other factors come into play immediately after the action of the backward walk. The distinguishing factor in the application of “Event Sequence Terminology” is that we do not talk about what is happening on the previous step, i.e. by the time the toe has undergone release, we are now talking about the second step and the various properties relevant to the configuration of the lady’s right foot are no longer discussed.

This is a simple rule of technical terminology. A simple example of this would be in the statement of the alignment of the fourth step of the reverse turn as man in the Waltz.

The alignment is stated as Backing LOD. Given that we understand the definition of alignment as being the bearing of the foot in relationship to the room, i.e. the LOD at the “beginning” of the step, we are ok with the physical factor of the man’s right foot anticipating the turn by 1/8 and in fact ending in a position such that it is now backing DC. But we do not talk about what happens afterwards, only what is required to be discussed within the methodology.
It now logically follows that the anatomy of an entire step per se is quite different from the manner in which it is stated in the book. There is nothing wrong with this. It is not a discrepancy.

The technique book is a wonderful reference manual and communication vehicle for fully qualified teachers. It is not for the amateur! It is not for those who have insufficient education in the principles and application of dance theory! It will not teach you how to dance! It is the role of the qualified teacher to interpret the book such that authenticity, i.e. truth in balanced kinetics, becomes an integral part of the students’ repertoire. In order to satisfy the commendable curiosity of those brave souls inquiring into this apparent conundrum, I will now share with you a detailed analysis of what actually happens to the lady’s right foot during the Whisk (along the side of the room):

In closing the dissertation on this fascinating subject, may I also share with the reader the analogy that is oft times quoted regarding the similarities in the Progressive Link and the Whisk. Two of the world’s greatest authorities in the technique of Standard ballroom dancing, namely Guy Howard and Eric Hancox, both agreed that the lady had to complete the first step of the Link with her weight completely over her right foot, i.e. her heel had to be down. Again this implied that the footwork on that step was anatomically speaking BHB but based on the principle of “Event Sequence Terminology” was simply stated as BH.

For those of you who have an IQ greater than a Cocker Spaniel and who have managed to read this from beginning to end without having a brain stroke, may I congratulate you upon your persistence and desire to come to grips with the cosmic truths of ballroom dancing.

Frank Regan graduated from the Alex Moore School with the highest marks ever achieved on a ballroom exam. His partner for his Licentiate (membership) exam was Bobbie Irvine MBE. His partner for his Associate exam was Elizabeth Romaine. During the 1960’s he was involved in the training and qualifying process of such notable celebrities as Sam Sodano and Fran Rogers, Meryen Pearson, Pierette Chartier, Vernon Brock and many individuals who enjoy a high reputation as high profile teachers and professional trainer.

Synoptic Presentation of the History of Dance in the 20th Century
USISTD Student Teacher Exams – Are they worth considering?