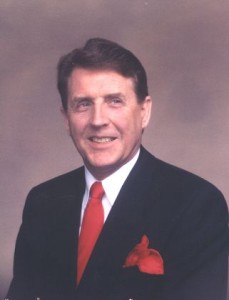 At the 2013 New Jersey State Open, Peter Billett was acknowledged for his achievements, hard work, and devotion to the USISTD. Tonight the United States Imperial Society of Teachers of Dancing honors one of its most distinguished members, Peter Billett.

Peter has achieved the highest levels in every area of ballroom dance. He has placed as a U. K. 10 Dance Finalist and been a United States Ballroom Championship Finalist. He won the Imperial Society Trophy in London and been invited as a guest lecturer at the Imperial Congress in Worthing.

He has also choreographed for Rita Moreno and performed with conductor Erich Kunzel.

Within the USISTD few have attained the same level of credentials. He is a quintuple Fellow, meaning Peter is a Fellow of the Ballroom, Latin, Smooth, Rhythm, and Theater Arts branches of the Society. Peter has spent his career putting that significant knowledge and experience towards teaching dance. For thirty-four years Peter has been an Adjunct Professor at the Rochester Institute of Technology. For 25 years Peter owned and operated the Billett Ballroom Center, also in Rochester.

He has served the USISTD as an Examiner for 35 years and held the post of President of the Society’s National Committee.

It is for his years of service, his many accomplishments, and dedication to the highest standards in dance education that the National Committee of the USISTD would like to present him with this lifetime achievement award.

Rumba Timing History
The Wing! Why?