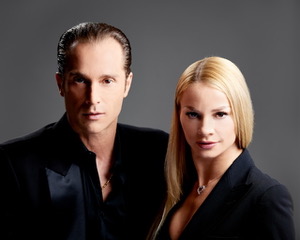 AIDA, the American International Dancers Association, is proud to introduce our newest members and Examiners Emeritus,

Riccardo and Yulia began dancing together in the fall of 2007, taking the ballroom world by storm and captivating audiences with their unique Latin style. They ascended to the finals of every major world championship as they together took their first step onto the dance floor.

In October 2012, they successfully defended their third World Professional Latin title at the World Professional Latin Championships held in the famous Olympiaworld arena in Innsbruck Austria. In September of 2014, Riccardo and Yulia once again successfully defeated their world title in Irvine, California and again in Paris in 2015. In 2016, they claimed the world title in Warsaw, Poland, and in 2017 they again took home the world title held in Penang, Malaysia.

Riccardo and Yulia won their ninth world title at Blackpool United Kingdom at the famous Winter Garden Pavilion on November 18, 2018.

They won their final world championship and 10th world title in Miami, USA on October 26th, 2019.